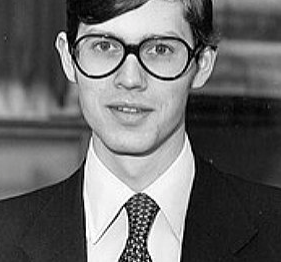 Richard Norton now Lord Grantley, a long term resident of Chelsea, attended Garden House School from the age of 4 between 1960 and 1961. As such a little boy, he spent part of the year thinking mistakenly he was studying under the regime of Mr Brissac, only to discover he had a Headmistress called Miss de Brissac! He remembers being taught to tie his shoe laces for which new skill he was rewarded with a piece of chocolate by a kindly teacher. Lord Grantley remembers becoming lost in a Pea Souper when returning home from School one day.

Following Garden House, he attended Eaton House and Ampleforth. He was awarded an Open Scholarship in Mathematics to New College Oxford and was President of the Oxford Union. He worked for the Conservative Party during Lady Thatcher’s tenure, even standing for an unwinnable seat of Wentworth in the General Election of 1983. Meanwhile he was a banker at Morgan Grenfell, Deutsche Bank and HSBC. He sat in the House of Lords as a UKIP representative until 2000 and made his maiden speech in the presence of his maternal Grandfather the Earl of Listowel, who had sat in the House from 1931.

Lord Grantley remains a Chelsea resident and an avid campaigner. He is the Chairman of the largest Resident’s Association in Chelsea; worked tirelessly to save Sloane Square from becoming a cross road; was pivotal in the campaign to save the Garrison Church in Chelsea Barracks from demolition and was the leading force to support Cardinal Vaughn Memorial School to retain its funding as an excellent state school.

Richard Grantley’s title goes back to 1569 on his paternal side, awarded to Sir Richard Norton’s for his role in the ill-fated Northern Rising. On his mother’s side, he is descended from Mary Tudor, Queen of France.