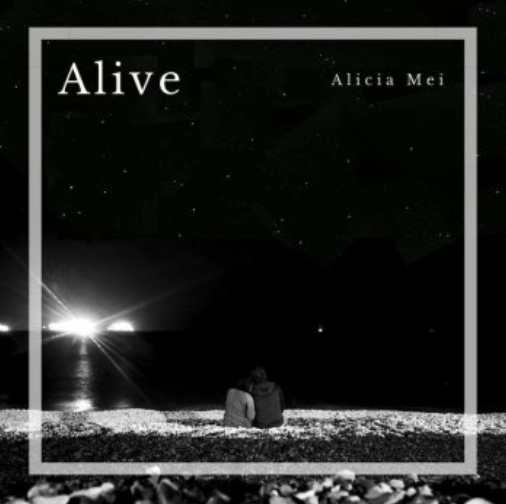 Charlotte is a newly-discovered singer songwriter who recorded her first single ‘Alive’ in March 2021 at Rainbow Wood Studios. Multi-talented Charlotte designed the cover for her single herself. The melody, lyrics and voice are all Charlotte.  Charlotte has taken the name Alicia Mei for her singing and song-writing career, adopting her middle name Mei as part of her ‘nom de plume’.

Charlotte works for Solar Media, an international media company as a marketing manager.  Not content to be working on her musical career and concentrating on her full-time job, Charlotte gives her time to a community organisation tackling rape culture called Everyone’s Invited.  Charlotte is Head of Marketing there and has designed their website.  This shows an admirable social conscience.   In addition,Charlotte works for Hall and Hall, an events company, in a freelance capacity.

We believe Charlotte is on the cusp of a high-profile music career and look forward to the launch of her first album.  Watch this space.  Both sisters are remembered with great affection by their Garden House School teachers.   Charlotte followed in her older sister Tiffany’s footsteps to Garden House School and thereafter to Downe House School.  Both schools recognised Charlotte’s musical talent.

Tiffany has followed in her father’s footsteps, working in finance.  Tiffany continues to take exams gain qualifications.  She has business qualifications from the Institute of Insurance and Chartered Institute of Marketing.   She now works at St James’s Place having worked at a number of other financial institutions since leaving University,

Tiffany secured exceptional A-Level results at Downe HouseSchool in History, English Literature and Philosophy.  Tiffany was Head of House, organising and participating in events such as House Dance, House Drama and House gym. At Downe House, Tiffany organised several charitable fund-raising events such as dances in aid of Save the Children and to support Downe House’s School inKenya.

Tiffany headed to Exeter University to studyHistory, taking a 2i.  There Tiffany played Lacrosse for the university and danced at the Caledonian Society and was involved in the University Ski Society.