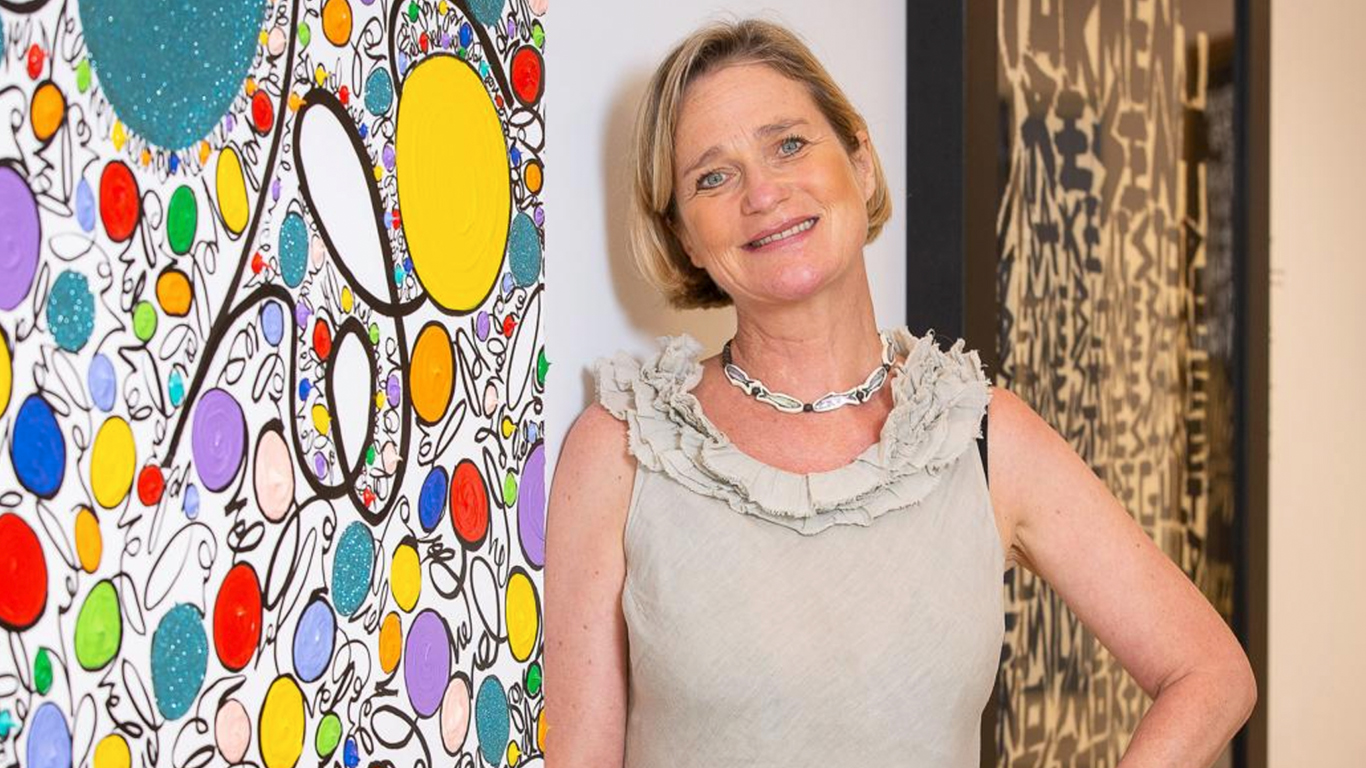 Delphine Boel is a well-known European artist, being the creator of thirteen solo exhibitions and more than twenty collective shows. Delphine showed work with Sir Terence Conran. Her creations have been exhibited alongside work by the likes of Salvador Dali and Amish Kapoor. Her art has been reviewed and discussed in many leading titles including Paris Match, The Echo, Tatler, Vanity
Fair and Miami Herald.

Delphine’s paintings are known for their extravagant colour and strong messaging. She is an expert in many artistic mediums including video, sculpture and light installations. Students at the Higher Institute of Fine Art at Antwerp and Maastricht Art School where Delphine is a guest lecturer, have benefitted from her extensive knowledge and skill.

Born in Belgium in 1968, Delphine attended Garden House School from 1977. She went on to study at La Rosey in Switzerland and returned to London where she gained a first in a BA Hons Fine Art degree at Chelsea School of Art in London in 1991. Delphine was brought up in London by her mother Sybille de Selys Lonchamps. Delphine is the daughter of King Albert II of the Belgiums. She has two children.