a core part of the curriculum

A HEALTHY MIND IN A HEALTHY BODY

Sport is an essential part of the School day.  We are fortunate to have so many excellent sporting venues within easy reach and to have our principal venue, the pitches at Burton Court, within 5 minutes' walk. This allows us to do much more sport that would ordinarily be possible in a central London school. Our curriculum aims to develop the interest and enthusiasm of each child for physical activity and encourage them to participate regularly in organised sports.
There is an open invitation to all children to make best use of the facilities and the opportunities put before them, either at a recreational level or as part of a more structured competitive sports programme. All children have the opportunity to represent the School in matches and other sporting competitions.

During the Autumn and Winter terms the main team sports for the boys are football and rugby. The main team sports for the girls are hockey and netball. The girls also have the opportunity to play football and the boys have the opportunity to play hockey. Cross country is also an important part of the sports curriculum during these terms.
All of the children have weekly gym and swimming lessons. Some of the children will also be doing various martial arts and the older children will be fencing every week.

Cricket and rounders are the main team sports for the Summer term. All of the children will also be doing athletics and there is tennis for the older children.

The children continue their weekly gym, swimming and fencing lessons.

The boys use some football orientated fun games as part of their games lessons from Reception to improve spatial awareness and co-ordination. From Junior School upwards all boys will play in fixtures against other schools with an emphasis on skill development, understanding and working as part of a team.

These fixtures are set at an appropriate level for the ability of the child, ensuring enjoyment and a sense of achievement for all. Those boys requiring further challenges take part in tournaments and festivals. All boys are encouraged to remember that the focus of our activities is having fun while taking part in sport.

Football takes place in Burton Court, Battersea Park, and the Black Prince Sports Centre. There are after School football clubs held in the Autumn and Spring terms.

Tag and touch rugby is introduced to the boys from Junior School as an optional club and from Middle School I as part of the curriculum in the Spring term.

Middle School I boys play Tag rugby and older years play a full term of Tag and contact rugby with an emphasis on teamwork, skill development and fun. Rugby is played at Burton Court.

The boys in Middle School II upwards also go on an UK based rugby tour. In the last three years they have been to Leicester, Cardiff and Bath.

Hockey takes place in the Autumn and Spring terms at Garden House School. The children learn a range of ball skills, spatial awareness and co-ordination and they learn to manipulate the hockey stick, dribble and pass the ball and work as a team.

The children have the opportunity to play in plenty of matches against other schools and inter-house events within the school from year 2 upwards. The girls in year 6 experience going on Hockey Tour for the weekend, playing other schools and hockey clubs.

Girls start to learn the basic skills in Netball from Junior School and build upon these through to Upper School II in their weekly games sessions and after school clubs throughout the Autumn and Spring Terms.

All girls will play competitive matches against other schools and also play Inter House matches which help to develop their teamwork, sportsmanship and enjoyment of Netball. We use Netball courts in The Royal Hospital, Battersea Park and St Luke’s, Chelsea.

Rounders is played during the Summer term at Garden House School.

Throughout the school the children learn a range of co-ordination, spatial awareness and ball skills. They also learn the rules of the game. There are opportunities for all girls to take part in Inter House matches and matches and tournaments against other schools from Junior School upwards. Rounders is taught at Battersea Park and Vauxhall Sports Centre.

We cover a variety of athletics events in which the children compete at their summer Sports Day. These include a range of field events such as: javelin, cricket ball throw, quoit throw, rounders ball hit, hurdles, long Jump, standing jump, high jump, boccia and target throw.

We cover all tracks events from the 80m, 100m, 200m, 300m, 400m and 800m. We give all the children the opportunity to become well practiced in the skills and techniques of all of the track and field events available to them.

Athletics Club takes place in the Summer term in Battersea Park in the Millennium Arena. Children from Junior School to Upper School II are welcome to join.

We use catching and striking games as part of the games sessions from Reception but conventional cricket is not taught until Junior School.

The children take part in pairs cricket matches and work on technique and understanding of cricket through a variety of fun games. Boys in Middle School II to Upper School II visit Lord's once a week during the Winter term for nets.

All boys and girls start Gymnastics in Preparatory aiming to develop their core strength, flexibility, balance and body control with the use of mats and apparatus.

Gymnastics takes place in all three terms and there are early morning Gymnastic Clubs for all abilities and ages to practise their skills and perform in group displays. The Upper Girls take part in gymnastic competitions, explore rhythmic gymnastic ideas and perform sequences to music.

During the Autumn and Spring terms, there are a variety of events from team competitions with selected children to the annual Inter House event in which all children participate from Year 2 upwards.

This takes place in Royal Hospital South Ground and Burton Court. The GHS Cross Country team competes in many races and competitions including an Interschool event hosted by Garden House in Battersea Park.

We offer a Running Club which trains before School in Battersea Park once a week as well as two morning fitness sessions all of which are open to all children who wish to join. All children are encouraged to set personal goals and targets throughout the year.

At Garden House, swimming is part of the Curriculum from Preparatory all the way through to Upper School II. We believe that swimming is an essential life skill and therefore our Curriculum includes water confidence, stroke development and personal survival skills.

To encourage and recognise progression, pupils can achieve both ASA and GHS Swimming Awards during school lessons. Every pupil has the opportunity to represent their House in an annual Interhouse Swimming Gala and Swimming clubs and squads are available.

The Swimming squads allow children to swim in a competitive environment and prepare for regional or national swimming galas. Garden House has a very strong record in these competitions.

Tennis lessons take place in the summer term. The aim is to develop their basic techniques, game knowledge and have match practice. There is also a weekly after school Tennis Club for Middle School I upwards which is held in Battersea Park.

Described as 'an art, a science, and a sport' Fencing is an all-encompassing compliment to the education of a child. Principally the concept of 'technique', the application of which plays the crucial role in improving the chance of success; and how this concept transitions across all sports and the academic subjects - this is the logical element of fencing. The deployment of the technical skills in 'combat' or free play is where the artistic attributes develop, as the fencer composes their tactics according to their intellectual characteristics.

Teaching the child to control emotions and subsequently maintain capability for analytical thinking under pressure, is vital both for their ability to deploy strategy, as well as to the overarching principal of good 'gamesmanship'.

Similar to Ballet (the movements of which originate from Fencing ); the acquisition of asymmetric co-ordination; the encouragement of self reliance & self discipline; the challenge of maintaining grace under pressure; is of immense benefit to development. Those more ‘Fencing specific' attributes such as; improving reflexes (simple reaction speed as well as both compound and decision reaction speeds) ; combat psychology ; discernment between tactical and strategic thinking; are skills only beginning to become attainable for Upper School students at Garden House.

The syllabus follows the national grading system with IX grades. All students will attain the first grade by the end of their schooling at Garden House. Some are capable of achieving grade I in MSII, two years ahead of their peers, the grade being an indication of co-ordination and application.

The focus of our method at the school is to give the students a very clear understanding of the basic idea of fencing. For the girls, we use the ‘linear method’ starting with games and exercises in pairs to help develop good 'distance keeping’ and targets mounted on the wall develop quality lunges for attacking. In the penultimate year, USI, the girls wear protective jackets and masks and practice simple attacks and parry ripostes in pairs, training each other. Once these distance keeping, defense/attack and contact skills are competently programmed we can safely start free play as a group.

However, it is recognised as a curriculum subject some latitude is to be permitted when it comes to 'competitive' play. It is important to stress that no one is obliged to fight, as this would be contrary to the philosophy of Fencing.

By the end of their time at Garden House the class takes the form of a 'club' whereby the students are granted autonomy and responsibility for themselves. This affords the Master the opportunity to give individual lessons to squad fencers and to give tactical piste-side advice as well; some of the girls like to referee, whilst others support and help the fencers with their kit, timekeeping or scoring. Some girls will be working towards grade IV and will have won medals at national competition! As such the group is a reflection of life with all characters contributing to the goal, because the creation of one great fencer requires the participation and energy of a unified group. 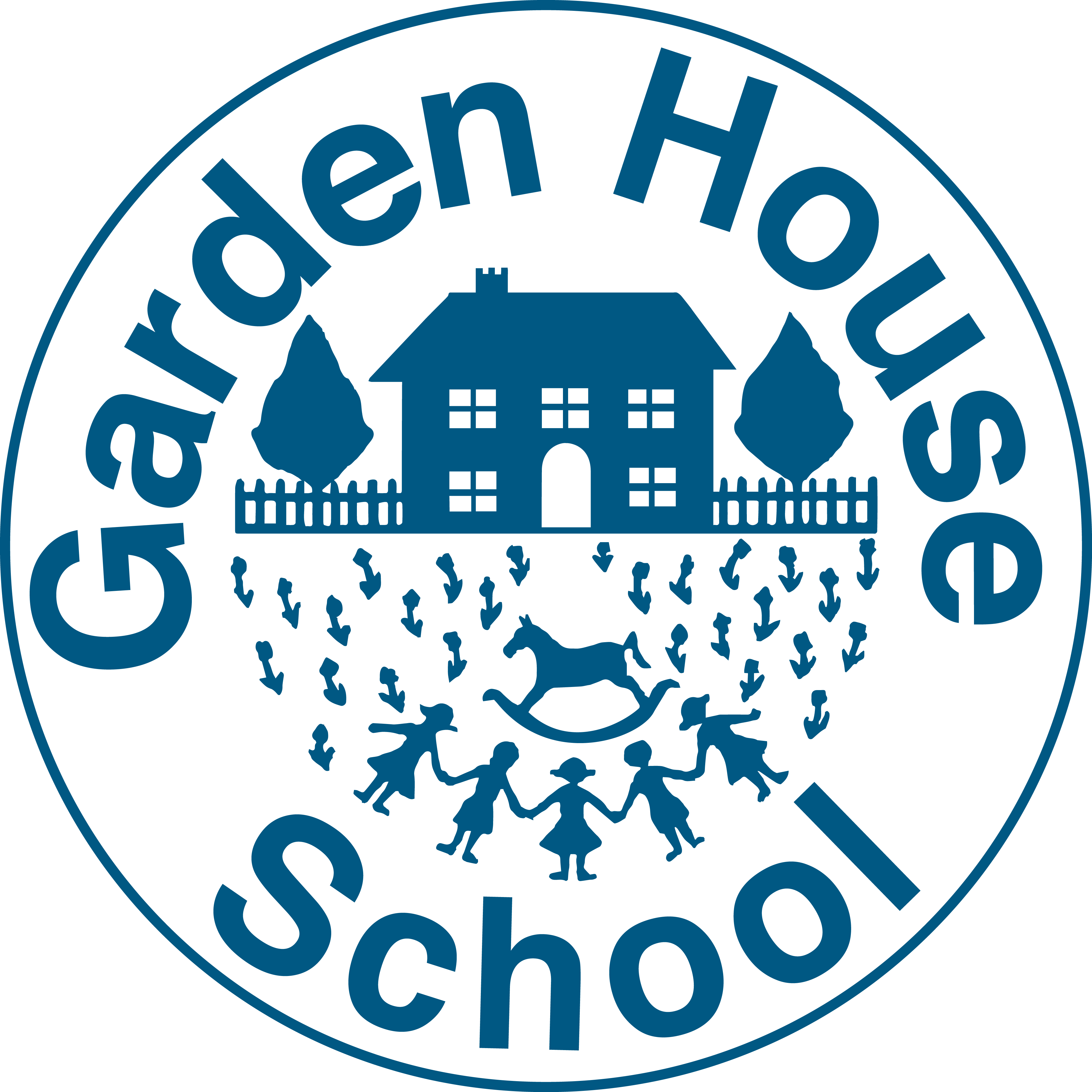